A vertical city dedicated to justice and overlooking paris

Since the Middle Ages, Parisian justice has been dispensed from the famous building that surrounds the Sainte-Chapelle on the Île de la Cité. However, over the years, an increasing shortage of space has resulted in many of its offices having to be transferred to a multitude of locations across the city. The new Paris law courts, built beside the Porte de Clichy, will enable the judicial institution’s courtrooms and offices to be reunited in the same building. The historic seat on the Île de la Cité will continue to house important and symbolic activities such as the Court of Assize (Criminal Court), the Court of Appeals and the Supreme Court.

The new Paris Courthouse is the largest courthouse built up to date in Europe (120 000m2). It comprises 90 courtrooms and 1500 offices to host all Parisian judges.

Build on the outskirts of Paris, the 160m tall building offers a unique overview of the city and its suburbs from its 3 large suspended forests.

Noémie Aureau was involved in the project for the last two years of the construction phase until the building completion and official opening to the public in 2017. During this on-site phase, she was the architect in charge of the project supervision of all the high-rise building internal spaces and works (30 floors, 60.000m2 of GFA including 1500 judge private offices, 3 prestige office suites, judge private library, staff cafeteria, meeting rooms, crisis rooms, Faraday meeting rooms). 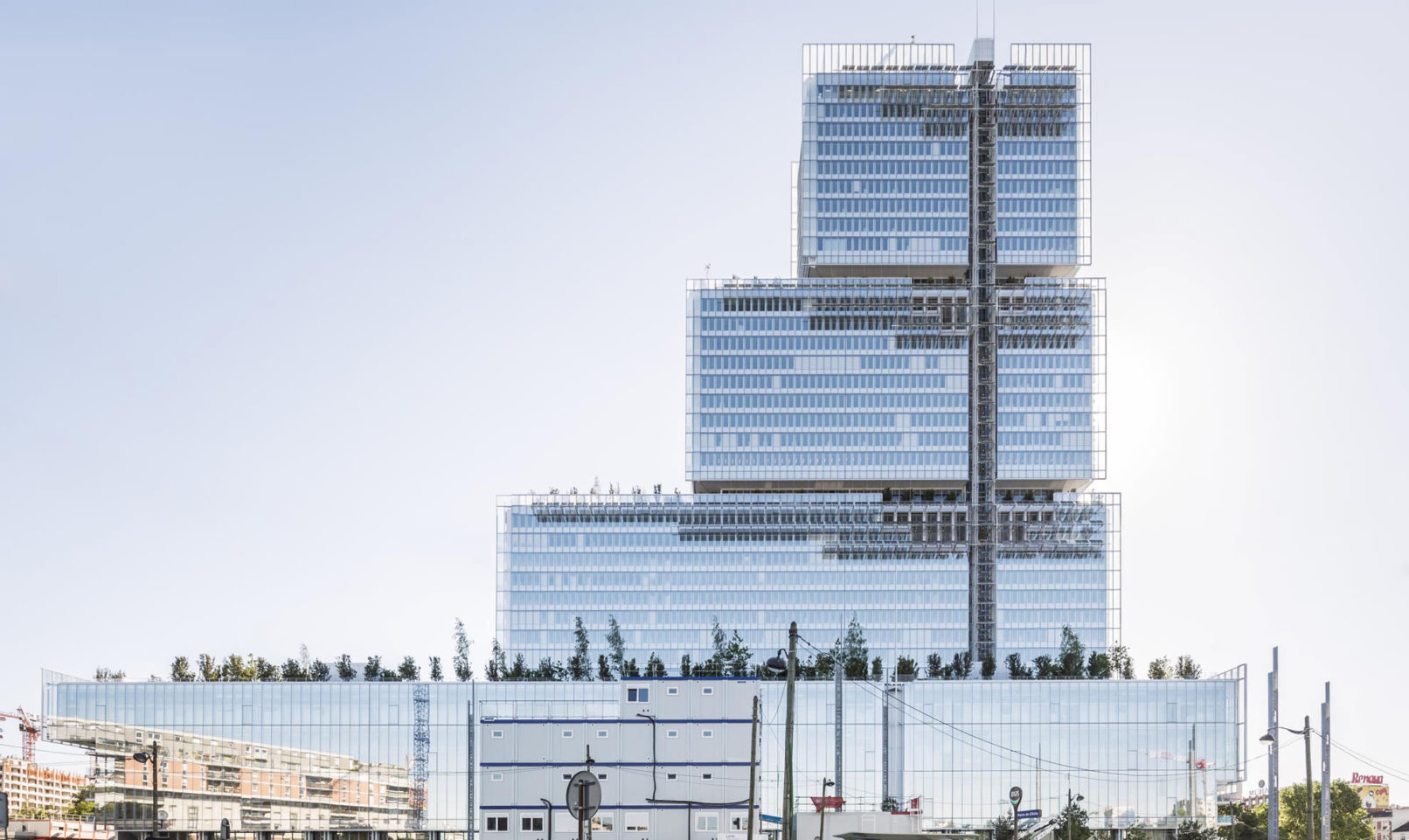 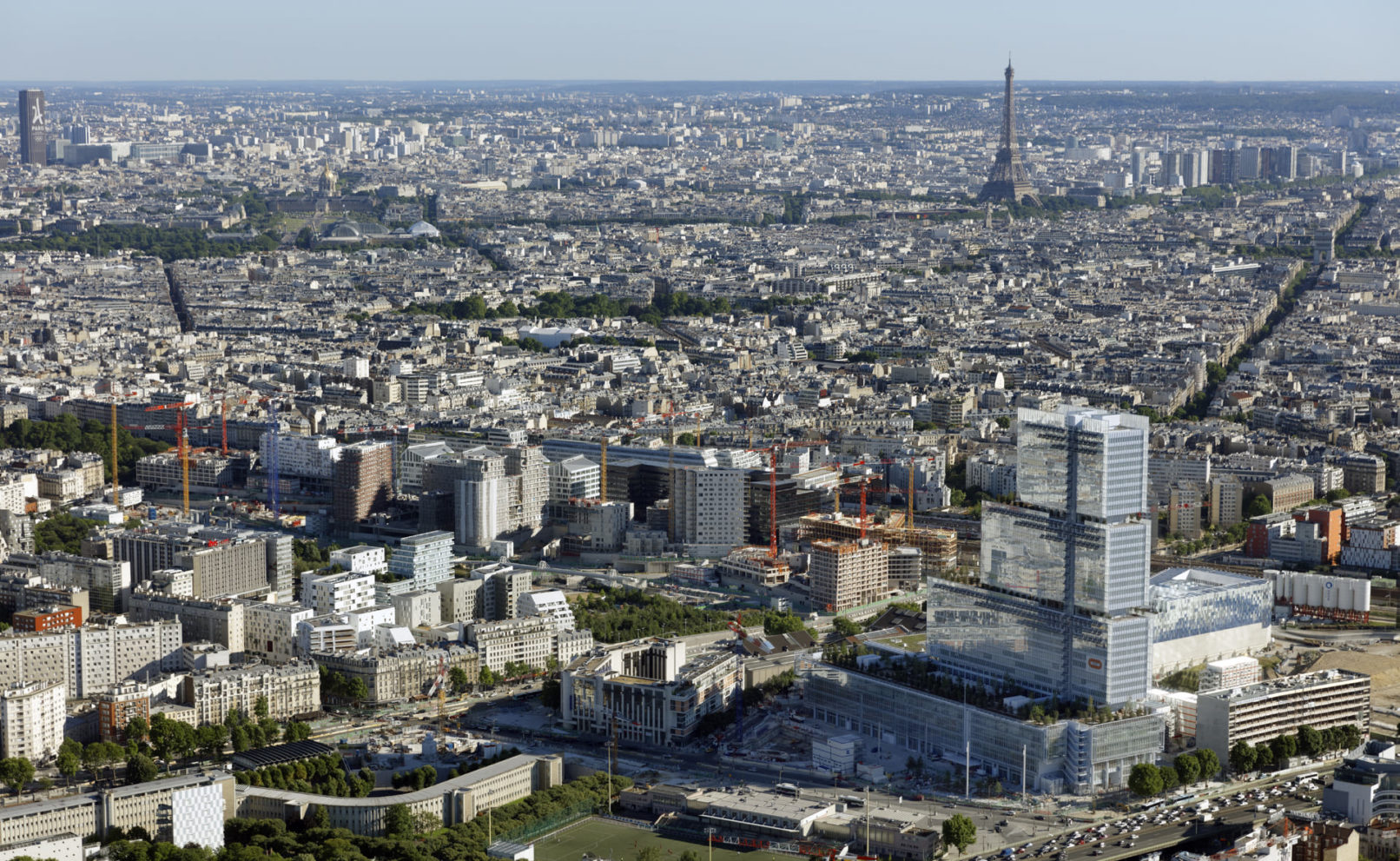 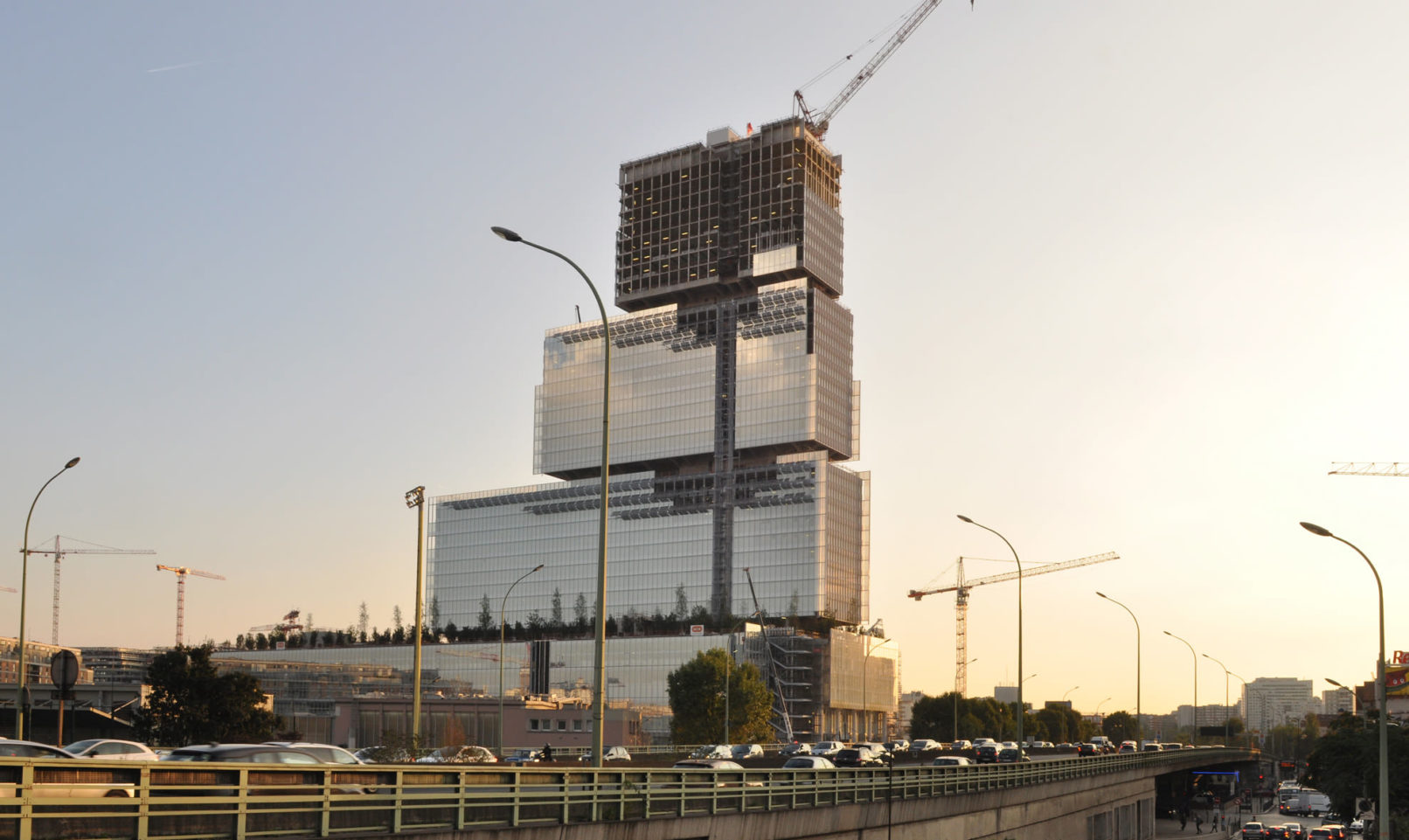 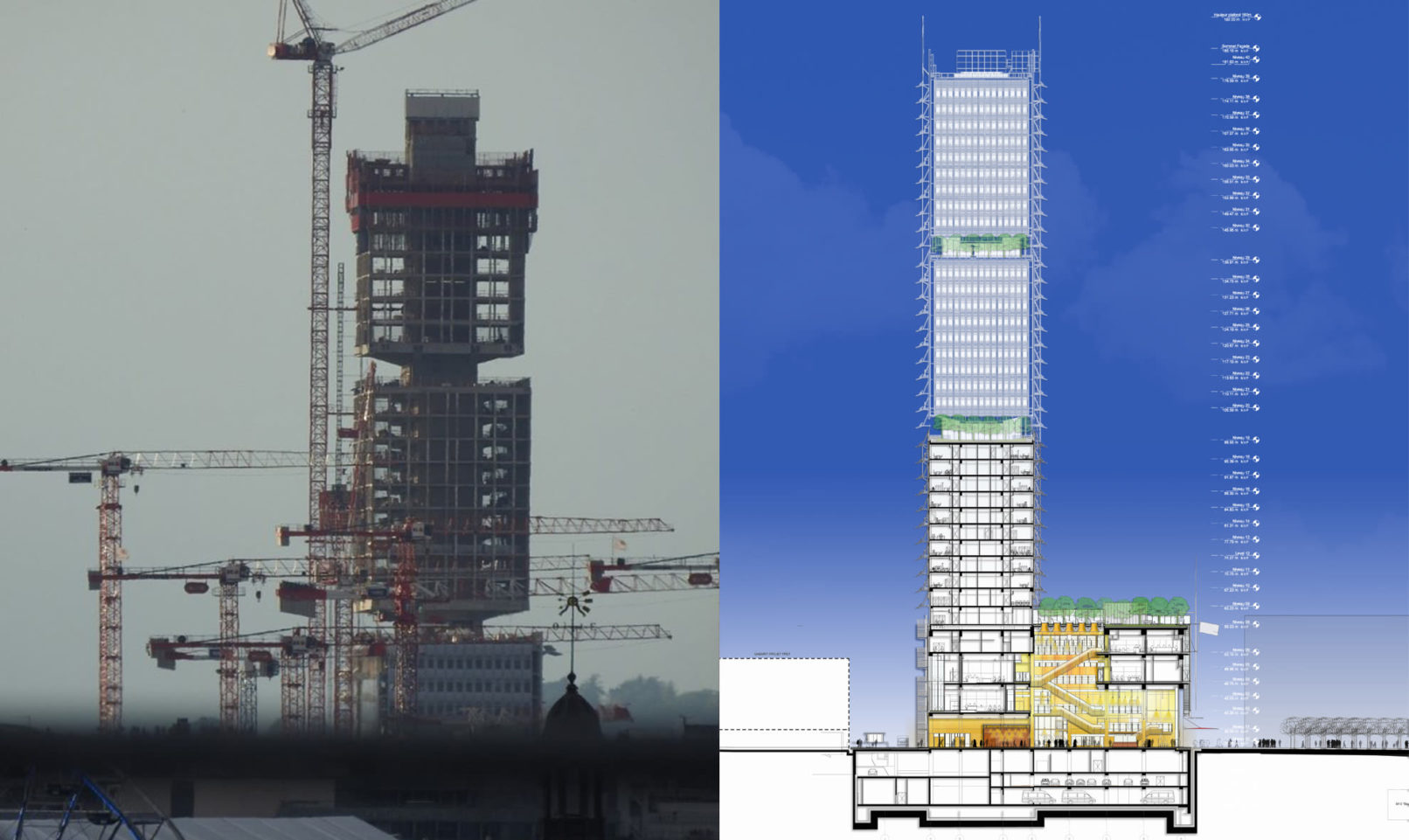 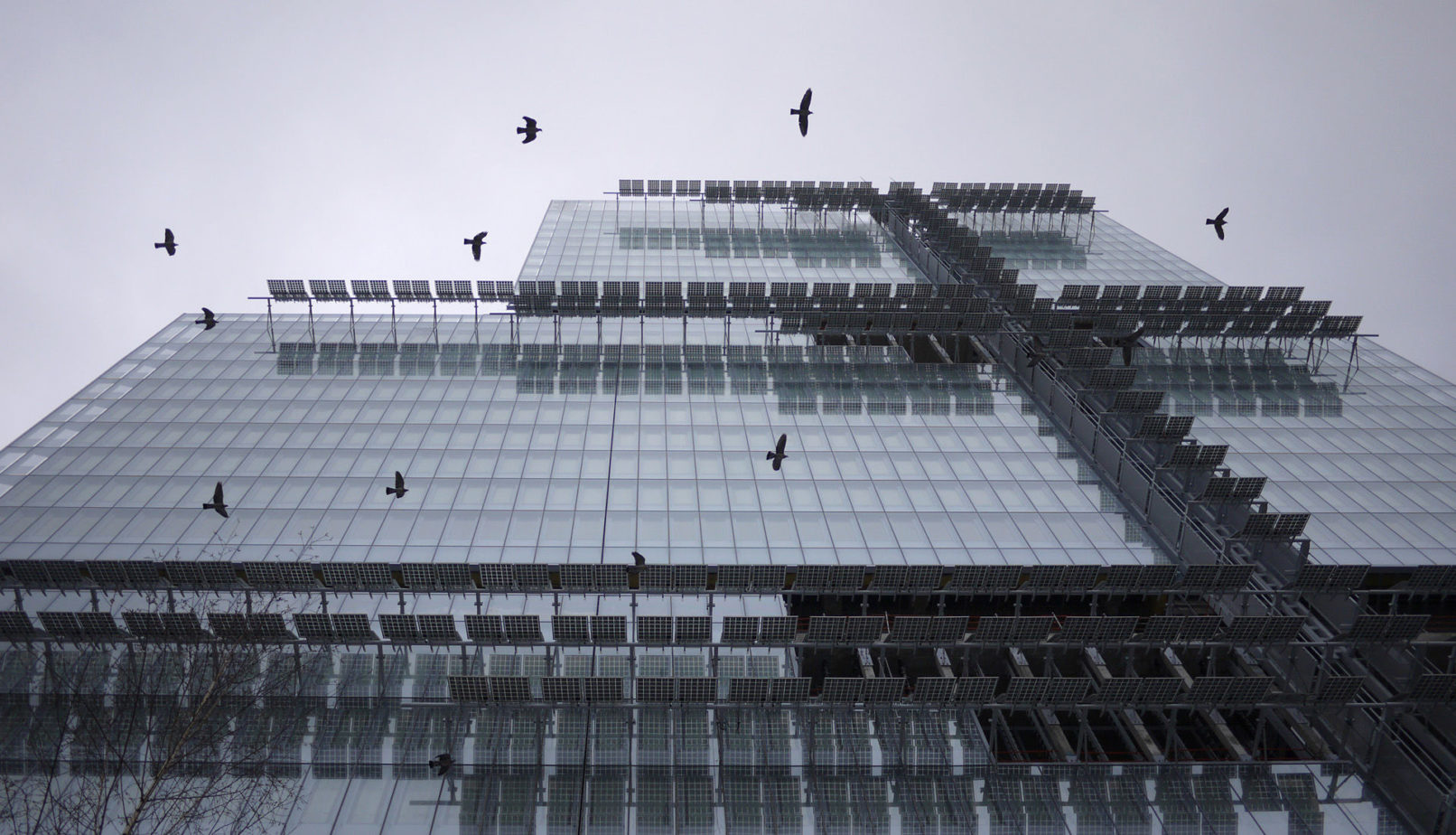 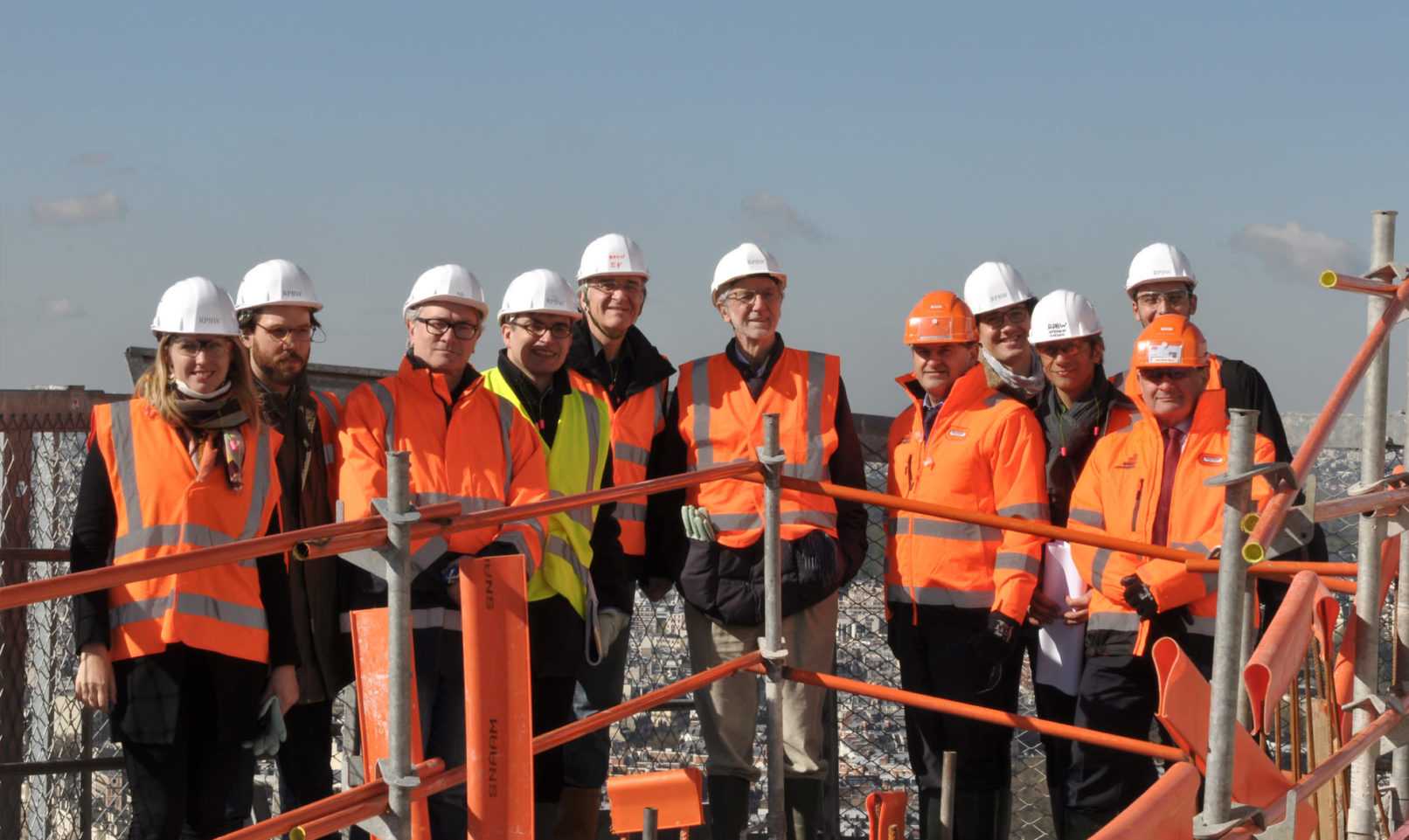