The parisian Marais, from a former unsanitary district to a preserved area: study of an urban, architectural and sociological metamorphosis

The study of urban and social dynamics is always extremely enriching and enlightening when one looks at what shapes the morphology of cities and what is so heavily linked to the issue of housing.

As a Parisian for many generations and passionate about the history of old Paris, Noémie Aureau has always been fascinated by the destiny of the Marais, in which her family lived since the 19th century until the 50s., and whose turbulent and singular past is very often unknown to people who live there today.

The fact that part of the Marais was classified as an unhealthy urban area and was destined for demolition in the early nineteenth century is now so forgotten that it is difficult to imagine that it was one of the major issues of urban planning for Paris during the inter-war period. However, reading the administrative pronouncements and the newspapers of this period reveals the extent of the challenge that the renovation of the “insanitary district number 16” has been for the city of Paris from a political, urbanistic and social point of view.

This research is based on the analysis of official documents but also of periodical press clippings in order to shed light on the history of the population of this urban area. It attempts to reveal the administrative, political and social mechanisms that led to the metamorphosis of the “insanitary district number 16” into the gentrified and trendy area we know today, one of the most expensive per m² in the French capital. The first part of this research retraces the period from the classification of the quarter as an unhealthy district to the demolition project that followed, while the second is dedicated to the study of the renovation operations that have been carried out since the Second World War and the ideological context (official collaboration of the French government that led to the massive expulsion of the district Jewish population) in which these changes took place. In each part, Noémie Aureau tried to analyze political and urban planning decisions with their social consequences on the life of the neighborhood. 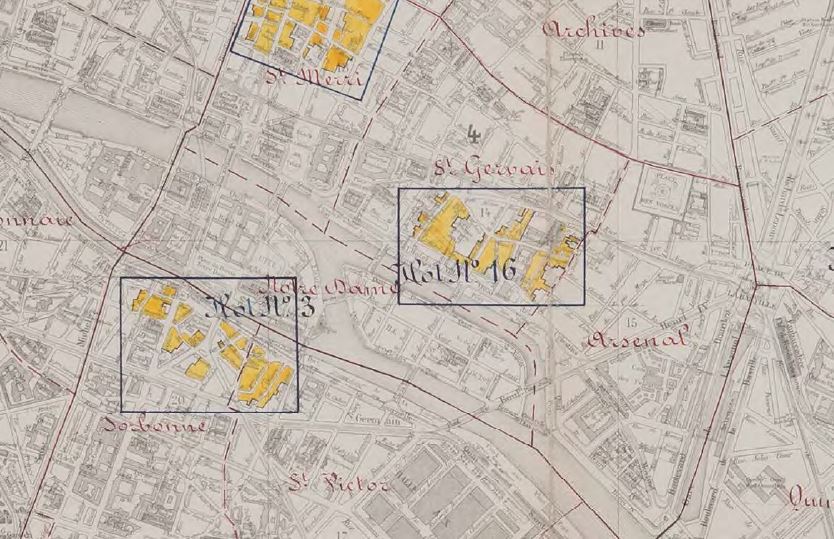