This study explores various natural structures that are remarkable for their lightness and their great rigidity, trying to put them in perspective for their structural exemplarity in architecture.

Lightness and rigidity: Nature and the world of the infinitely small as a school of lightweight architecture

Through centuries and architectural styles, the search for lightness in architecture has always striven for both technical and aesthetic solutions that have disrupted the building techniques. The notion of structure is first of all related to the idea of ​​the permanent and stable laws of nature to which one has to conform. The knowledge of these laws has evolved considerably from the Renaissance to nowadays, following constant evolution of construction techniques.

Observing the diversity of forms that can be found in nature is an extremely enriching experience that has influenced many architects and engineers in search of structural virtuosity. Nature, because of a permanent selection of the most economical elements in material and resources, offers many examples of ultra light structures with striking mechanical properties.

If you consider a giant water lily leaf – able to reach a diameter of more than two meters – you immediately notice two peculiarities in its structure. The sheet has on the one hand a raised edge and on the other hand a radial network of connected ribs whose compartments are covered by a folded limb like a corrugated sheet. And like the latter or as the elements of a self-supporting pleated roof, such a system of ribs confers an astonishing rigidity on the large surface of the sheet. The raised edge prevents the water from flooding the leaf while also contributing to the rigidity of the surface. The limb itself, however, consists only of a very fine plant tissue, of a thickness of a millimeter. One might think that the smallest wave could destroy such a large and thin structure (about 4.5m2), yet it is extremely resistant and can withstand the weight of a young child or of an animal.

During the years 1850-1851 was built the Crystal Palace for the World Fair in London, still considered today in art history as one of the most important architectural creations of the nineteenth century. If we look at the veins of the roof construction, we find strange similarities to the “trick” that nature has used for the giant water lily leaf. It is highly likely that its designer, Sir Joseph Paxton, an horticulturist already known for the realization of several greenhouses of extravagant shapes and dimensions, was inspired by the construction principles of the Victoria Regia specy, which he had carefully studied in order to copy its radial system of ribs. 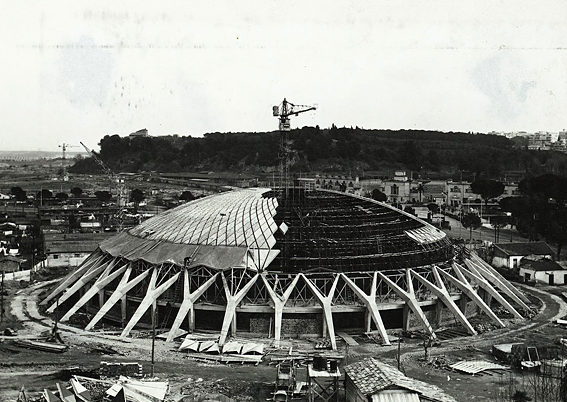 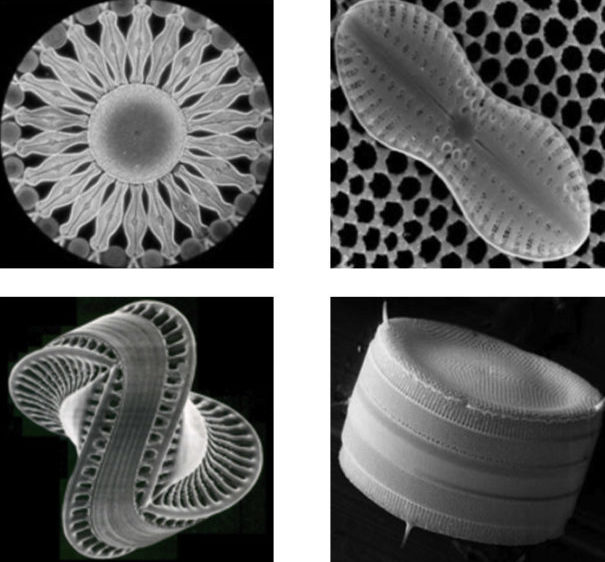